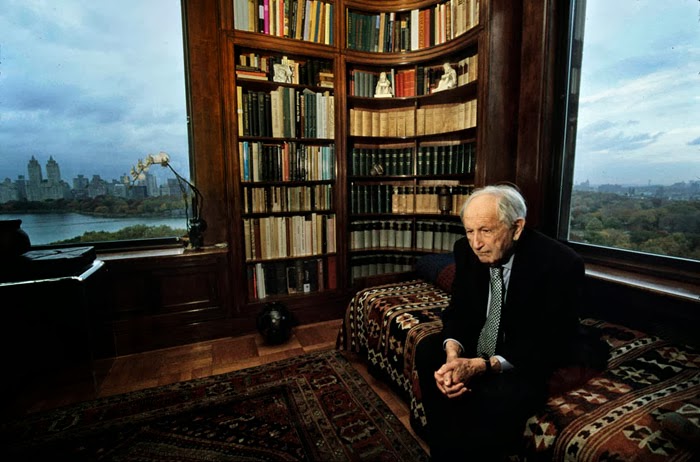 Paul Ashton - Experiences of the Void

“A commonly encountered experience of both analyst and analysand is that of the void. It is spoken about at different stages of therapy and refers to experiences that have different origins. Sometimes the experience of the void is around a relatively limited aspect of the psyche but at other times the void seems much more global and threatens to engulf the entire personality; the whole individual psyche then seems threatened by the possibility of dissolution into nothingness.


The void experience may result from the early failure of external objects to meet the needs of the developing ego, which leads to the sorts of primitive terrors that Winnicott described, or it may result when the Self itself seems threatened with annihilation, which may be more to do with a rupturing of the ego–Self axis. In the first case the fear is of disintegration, whereas in the second the experience is one of the living dead, as though the individual is cut off from her life source. But more than that, the intrusion of the void into the conscious experience of so many of us implies that its occurrence is not only the result of severe trauma but also a necessary aspect of the individuation process.


Drawing on the writings of Jung and post-Jungians, and psychoanalytic thinkers such as Bion, Winnicott, and Bick, as well as on poetry, mythology, and art, and illustrating these ideas with dreams and other material drawn from my practice, I hereby attempt to illuminate some of the compartments of this immense space. As Estragon comments, in Beckett’s Waiting for Godot, “there is no lack of void”, and this book looks at the genesis of this state in the individual in both its pathological and life-enhancing aspects.


In certain of the void states, particularly those arising from severe trauma, memories of past events have disappeared as though sucked into a black hole. In others it is the emergence of the psyche into the white light of a higher consciousness that may be experienced in a threatening way. To feel the presence of the void is to reach the edge of the known world, inner or outer. It is a liminal state that extends backwards from the far side of memory yet continually emerges from the forward edges of our experience. It is by nature frightening and, usually, well defended against.


…My thesis is that the void, frightening as it is, is not something that can or should be obliterated, as that would lead to stagnation. Rather, that hidden behind the “clouds of unknowing” (Bion, 1967) that shroud the void, lie endless possibilities for growth and transformation and an increasingly strong connection with the objective other. It has seemed to me that the void experience in childhood and early adulthood is mostly associated with fear and can be deemed pathological. In order for the ego to learn to stand alone it appears that it has to deny, or live as though unaware of, the existence of the void. When the void is constellated in these individuals it is often defended against rigidly and what seems to be necessary is to help them find structure and meaning in their lives, i.e. non-void attributes.” (p. 1-2)


Ashton, Paul W. (2007) From the Brink: Experiences of the Void from a Depth Psychology Perspective, London: Karnac.
Posted by Dr. Mark Winborn at 8:00 AM No comments:

"Psychoanalysts experience the creative fusion that takes place working with a patient, especially when something surprising and transformative emerges in the process. Madeleine and Willy Baranger described analytic processes and what happens in them that affords this creativity and also what blocks it by developing the idea of a psychoanalytic field. In their innovative work, they drew from writers in other disciplines including sociology and philosophy amongst others. The psychoanalytic field as the Barangers described it included both participants and was considered a bi-personal field. The field, following this model, has its own unconscious processes and its own fantasies. The psychoanalytic field according to the Barangers is itself the proper object of interest in analytic processes and not the intrapsychic world of the analysand. At roughly the same time and thereafter until the present, other psychoanalytic field concepts were being developed in other parts of the world, some influenced by the Barangers’ work and some independent. For example, in North America relational fields, self object matrices, intersubjective fields and other kinds of fields were being used and written about. Also in North America, Robert Langs developed an approach to psychoanalysis that was influenced by the Barangers’ work and made use of the bi-personal field. In Italy, Antonino Ferro and others have been developing Bionian Field Theory which was also influenced by the Barangers’ work as well as that of Bion. There is a family of field concepts that are useful for clinical work and draw the practitioner back to the fundamentals of what psychoanalytic process is about."
Montana Katz, author of Metaphor and Fields (Routledge, 2012). Text above is description of presentation to take place at the Contemporary Freudian Society on Feb. 26, 2014.

César Botella and Sára Botella - Psychic Figurability and the Unrepresentable

Back Cover Description: "The majority of psychoanalysts today agree that the analytic setting faces them daily with certain aspects of their work for which the answers provided by an analytic theory centred exclusively on the notion of representation prove insufficient.


On the basis of their experience of analytic practice and illustrated by fascinating clinical material, César and Sára Botella set out to address what they call the work of figurability as a way of outlining the passage from the unrepresentable to the representational. They develop a conception of psychic
functioning that is essentially grounded in the inseparability of the negative,trauma and the emergence of intelligibility, and describe the analyst’s work of figurability arising from the formal regression of his thinking during the session, which proves to be the best and perhaps the only means of access to this state beyond the mnemic trace which is memory without recollection.

The Work of Psychic Figurability argues that taking this work into consideration at the heart of the theory of practice is indispensable.Without this, the analytic process is too often in danger of slipping into interminable analyses, into negative therapeutic reactions or, indeed, into disappointing successive analyses."

The VII Latin American Congress of Jungian Psychology will be held in  in Buenos Aires, Argentina, at the Hotel Panamericano, June 3-6, 2015.
The theme of the congress will be Conflict and Creativity: Archetypal Bridges and Boundaries.

The link to the congress website provides all the necessary detailed information: www.clapjung.com.ar. The initial call for papers can be viewed here: www.clapjung.com.ar/abstracts.php. These webpages are in Spanish. Open the pages in Google Chrome for immediate translation.
Posted by Dr. Mark Winborn at 10:37 AM No comments:

The Psychoanalytic Fair will bring together a large number of area psychoanalytic institutes under one roof to provide detailed information about their training programs. Interested students and the public at large will be able to conveniently collect this diverse information in one place. Participating institutes will provide brochures and will have representatives to answer questions. A distinguished panel of presenters will be speaking on the relevance of psychoanalysis in the 21st century and issues in psychoanalytic training. 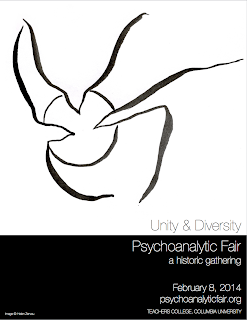 Posted by Dr. Mark Winborn at 8:47 PM No comments:

"This book is offered as an act of interpretation. Different psychoanalytic perspectives are much like different languages. Despite the extensive overlap of semantic content of the written texts of different languages, each language creates meaning that cannot be generated by the other languages now spoken or preserved in written form. The interpreter is not merely a passive carrier of information from one person to another; he is the active preserver and creator of meaning as well as the retriever of the alienated. As such, the interpreter safeguards the fullness of human discourse. Psychoanalysis, both as a therapeutic process and as a set of ideas, develops in the form of a discourse between subjects, each interpreting his own productions and those of the other." (p. 1)
Thomas Ogden (1977) The Matrix of the Mind, Northvale, NJ: Jason Aronson.
Posted by Dr. Mark Winborn at 10:50 AM No comments:

Leonard Shengold - The Vicissitudes of the Holiday Season

Editors Note: The following passage from Leonard Shengold does not contain glad tidings, instead it underscores the emotional salience of the current holiday season for many of our patients and those who work within the psychoanalytic realm.

Abstract: "For many patients, mixed feelings of promise and dread that can accompany the holiday season appear in consciousness faintly and fleetingly, usually in the form of bad expectations. But the “dreaded promise” (an oxymoron) of change can come to full life and is always potentially present, especially at separations, and is usually perceptible by the analyst. The dread can be accompanied by expectations full of wonderful promise. The promise of Christmas is followed by the promise of New Year's Day—a time for new beginnings and resolutions aimed at changes for the better. But, for some, happy expectations evoking change have in the past been succeeded by bad ones, and the revival of predominant dread can be cruel and repetitive." p. 1351

Conclusion: "The early psychic dangers of overstimulation, murderous rage, castration, and especially of separation from and loss of the internalized, godlike early parents, who promised eternal life and care in the Garden of Eden, are evoked by repetitious occasions, especially those that involve change. The Christmas/New Year's holidays can provide the psychoanalytic observer with specific, evocative instances of changes that always involve (and sometimes predominantly involve) catastrophic losses from the past. The resulting bad expectations, if not brought to responsible consciousness where they can become subject to the sufferer's will, possess considerable motivational power and can result in vicissitudes of rage directed toward the self or toward others, which can compromise maturational achievements in the present and can dim promising prospects for the future." (p. 1359)