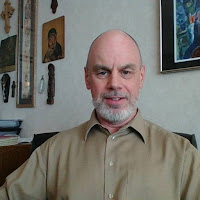 This is Dr. Winborn's second interview on the Speaking of Jung Podcast hosted by Laura London. The focus is on his forthcoming (Routledge, Aug. 8, 2018) book Interpretation in Jungian Analysis: Art and Technique.


Analytic interpretation is fundamental to the process of psychoanalysis, Jungian analysis, and psychoanalytic psychotherapy. Interpretation is the medium by which the psychoanalytic art form is transmitted. What one chooses to say in analysis, why one chooses it, how one says it, when one says it; these are the building blocks of the interpretive process and the focus of Interpretation in Jungian Analysis: Art and Technique.
This volume is the first of its kind in the literature of analytical psychology. Until now, the process of interpretation has been addressed only briefly in general Jungian texts. Interpretation in Jungian Analysis provides an in-depth exploration of the process, including the history of analytic technique, the role of language in analytic therapy, the poetics and metaphor of interpretation, and the relationship between interpretation and the analytic attitude. In addition, the steps involved with the creation of clear, meaningful, and transformative interpretations are plainly outlined. Throughout the book, clinical examples and reader exercises are provided to deepen the learning experience. The influence of the Jungian perspective on the interpretative process is outlined, as are the use of analytic reverie and confrontation during the analytic process.


In addition to the historical, technical, and theoretic aspects of interpretation, this book also focuses on the artistic and creative elements that are often overlooked in the interpretive process. Ultimately, cultivating fluidity within the interpretive process is essential to engaging the depth and complexity of the psyche. Interpretation in Jungian Analysis will be of great interest to psychoanalysts and psychotherapists of all theoretical orientations and will be essential reading for students of analytical psychology.
Mark Winborn, PhD is a clinical psychologist and Jungian analyst in private practice in Memphis, Tennessee.

Dr. Winborn served for three years as the staff psychologist for the United States Military Academy in West Point, New York and is now a training and supervising analyst at the C.G. Jung Institute Zürich and for the Inter-Regional Society of Jungian Analysts in North America. He currently serves on the American Board for Accreditation in Psychoanalysis, and the Ethics Committee of the International Association for Analytical Psychology. Dr. Winborn is on the editorial boards of the Journal of Analytical Psychology and the Journal of Humanistic Psychology, and is a member of the National Association for the Advancement of Psychoanalysis.

He has presented papers at the past three Congresses of the International Association for Analytical Psychology (Montreal 2010, Copenhagen 2013, Kyoto 2016), and will present again at the Vienna Congress in 2019. Since 1990 he has maintained a private practice in Memphis, Tennessee where he was the Training Coordinator for the Memphis Jungian Seminar from 2010 - 2016. In addition to his teaching activities in Memphis and Zürich, he has been an invited presenter for Jungian societies, training seminars, and institutes throughout the United States, as well as in Russia and the Dominican Republic.

He is the author of Deep Blues: Human Soundscapes for the Archetypal Journey, published in 2011, and is the editor of the book, Shared Realities: Participation Mystique & Beyond, published in 2014. His new book, Interpretation in Jungian Analysis: Art & Technique, will be released on August 8th of this year, and is the subject of our talk today.

This interview was recorded on Sunday, July 1, 2018. It's 57:51 long and 25 MB. You can listen to it right here in your browser or download it directly to your computer. This episode is also available on iTunes, Stitcher, Google Play, or wherever you get your shows.
Posted by Dr. Mark Winborn at 9:56 AM